In winter the intersection of Empress Ave., Scoles Rd., Hwy 27 N and Heritage St. in Altamont, Manitoba is as bone-chillingly cold as the infamous corner of Portage and Main in Winnipeg – before they forced pedestrians underground to avoid frostbite and injury from the beastly wind howling through the city core. Just another example of how humans try to conquer Mother Nature… if the tax base will permit.

There will be no pedestrian underpass in Altamont because… well, because Altamont is an unincorporated community within the Rural Municipality of Lorne (population 3,041 according to the 2016 census.) Statistics Canada does not deign to recognize Altamont itself as having any official population. In fact, some bureaucrat had a delightful sense of irony when s/he classified Altamont (estimated 1910 population: 100 and 2016 population: 50) as a “Local Urban District.”

I doubt that the municipal councillor in Altamont has ever felt political pressure to dig an underpass to conquer the nasty north wind at any intersection. The suggestion just begs the question, “What if they built an underpass, and nobody came?”

But there is another reason there is no underpass.  The intersection is almost famous for its Time and Space Warp (see SPPP no. 2) and the Warp is largely ineffective when operated below ground. This shortcoming was driven home to me many years ago while having a beer with a retired farmer named “Abe” in the iconic Altamont Hotel. Abe told me that Mr. Somerville, the stationmaster after the Northern Pacific and Manitoba Railroad reached Altamont in 1899, was fond of saying, “You cain’t see nuthin’ if yer six foot under.” I have no reason to believe that someone named “Abe” would lie – especially about something so germane to life and death.

When you look at the roads of egress from Altamont, the future certainly seems bleak. However, the Warp uses highly sophisticated socio – cultural geographic modeling along with temporal/spatial analysis methodology to ascertain the influence (positive and negative) of Altamont on the success and failure rates of its emigrants by analyzing the future futures, the present futures and the past futures of literally hundreds of individuals who will pass, are passing and have passed through Altamont – stopping to live a year or two, or ten, or twenty – or a lifetime. You will find that the accomplishments of those women and men are impressive and lead to the four corners of the earth and beyond.

[In technical terms the sum of such individual interactions is the Cumulative Overall Influence (COI); the downstream impact on the outside world over future generations is the Impact on Outside World (IOW); therefore, COI + IOW = Magnitude of Influence (MOI.)]

At any given time the road out looks bleak but the potential for success is great.  If you remain, you risk clogging up a system that depends on people leaving. Perversely, the success of a small town depends on its failure to thrive – forcing out-migration, which ironically contributes to its Magnitude of Influence.

Under such imperatives some residents establish strong bonds with small towns; bonds which neither distance nor death can break.  If these allegiances prevailed, there would be a steady stream of souls returning “home” each and every day. In Mr. Bishop’s words,

“Altamont was my birthplace.

Altamont was my home until I was 28 years of age.

Altamont has always been my home even now when I have been away for 43 years.

The hill east of Altamont will be my final resting place. From here I will view in all directions the beauty of all the seasons and play and laugh with those of my friends that are with me.” 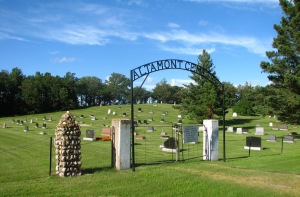 As for me, my family home was in Altamont for close to 17 years. I was married there … for the first time. For the next 30 years I lived and worked far away; visited infrequently; became estranged socially, politically and ideologically from the town folk; children arrived; divorce; new marriage, new family; diagnosis of Parkinson’s. Altamont became a place I used to live … but a place to which I am still contributing to its Magnitude of Influence (MOI.)

While I admit I have a fascination with Altamont’s history and the stories of those who call it home, love and gardens are beckoning my soul to a place other than the Altamont Cemetery when the time comes.

Besides, “You cain’t see nuthin’ if yer six foot under.”

“My lover thinks I have been sitting around wasting time listening to music from the last 7 decades. … It all started with an innocent thought about the geo–cultural origins of song titles.” Read more at https://wordpress.com/page/thepdgardener.wordpress.com/10598 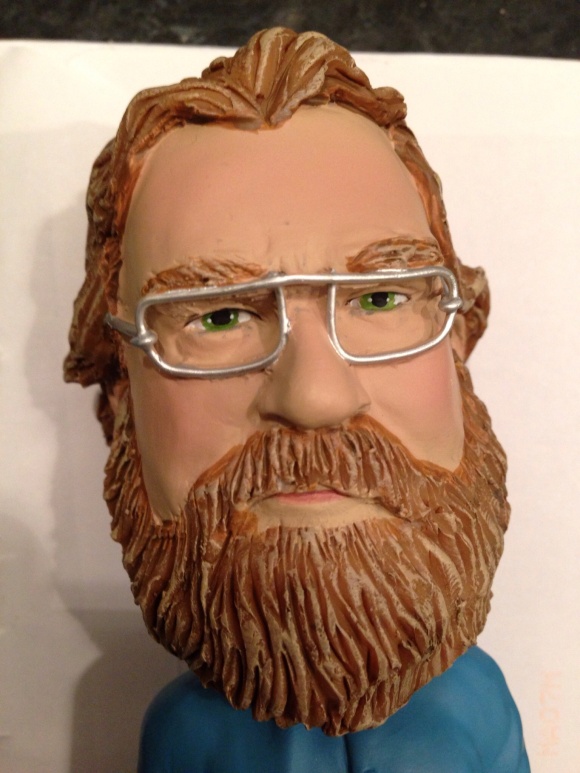